skip to main | skip to sidebar

We attended the first annual Rocket Races at the Olympic Air Museum in Tumwater on Saturday. We purchased our rocket a few weeks ago, designed it, assembled it, decorated it and now, it was race day! 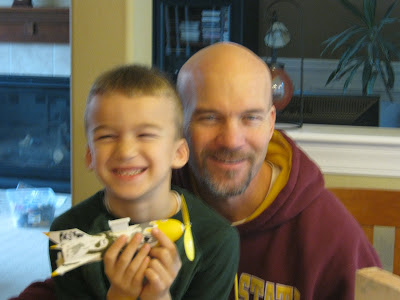 The two engineers with their pride and joy! 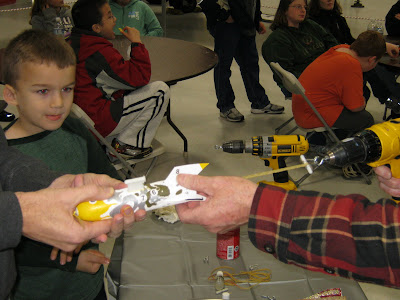 Winding up the rubber band engine. Our rocket kit was missing a part and we weren't sure the thing was going to hold together at all. So we never did a test run for fear the thing would fall apart. This was a very nervous moment!! 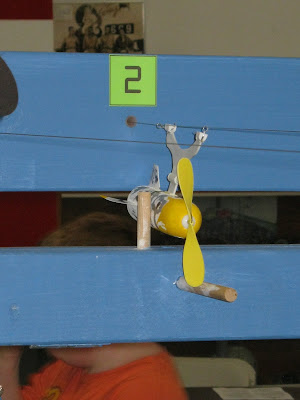 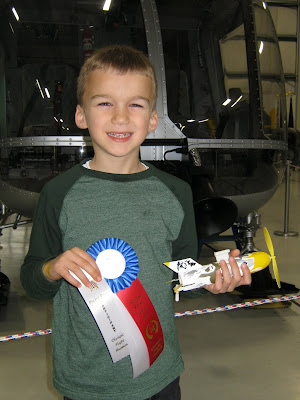 The final excitement was an interview by The Olympian, our local paper. I am having problems getting the link for you, so I will just include what was said about Cayden:
"Cayden Gygi, 6, of Olympia, whose rocket won the first grade division, said he spent two days working on his rocket and designed it in the style of his cousin's skateboard. The rocket won despite a missing part, he said."

We can't wait for next year's competition! 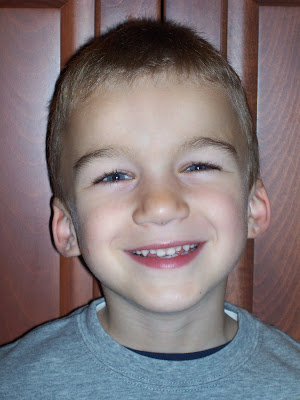 Happy 6th Birthday to a very special boy!
We love you Cayden!!!!

Sometimes School is a Zoo!

Today was a really exciting day at school! One of the little boys in kindergarten has a Grandpa who runs a wild animal park. He brought a 4 month old baby giraffe and 2 young kangaroos for a visit. 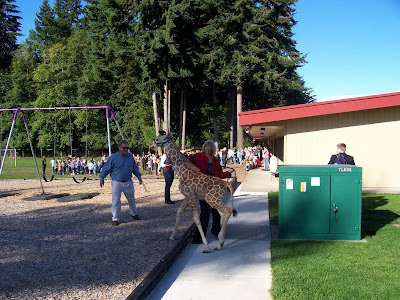 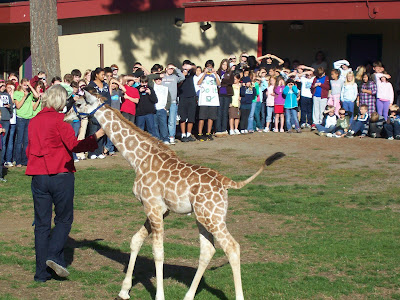 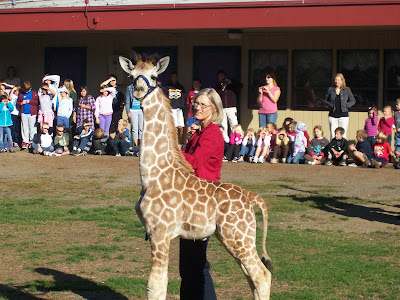 It's hard to see in this picture, but his little horns are all furry! 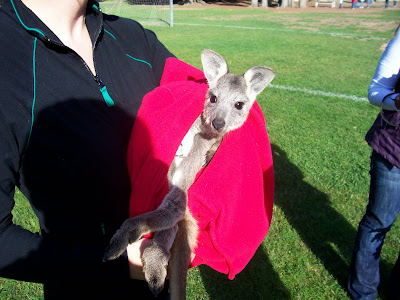 This little guy is named Barney. He even wears a little diaper. I guess when they are born, kangaroos are the size of a bumblebee!!! Amazing! 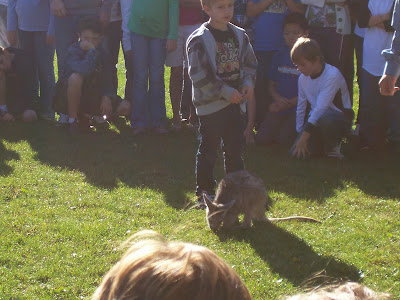 They have really strong tails and that is how you pick them up. 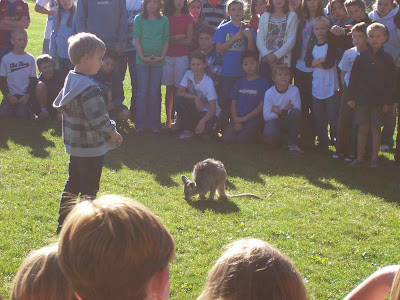 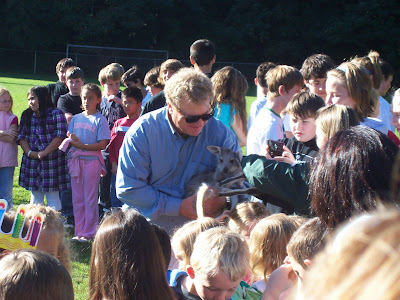 What a neat experience for the kids (and me!!)